I promised some more reflections on how Wild Goose Festival dealt with the issue of justice for sexual minorities. This is a very important question for Wild Goose. The four mottoes of the festival are "Justice, Spirituality, Music, Art." To me the order of those nouns wasn't coincidental: there was a lot of visible activism around justice and spirituality, and quite a bit of music, but not much art. 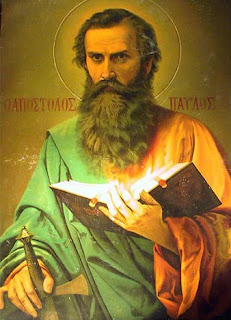 Justice was certainly prominent--water for Africa, abolition of the death penalty, prison reform. Here's where the trickiness comes in, though, for Wild Goose: this was still a Christian festival. Christianity, as we all know, has had some severe sexual hang-ups over its two thousand year history. For just a taste, try the rambling, all-but-incomprehensible incoherence of the opening of Paul's letter to the Romans, often used to bash gay people. It's obvious in this passage Paul isn't talking about LGBT people, but rather "idolatry." But can we be real for a minute? Even in these terms, on a scale of 1 to 10, I'd rate this guy's comprehension of ancient Greek religion and philosophy about a 2.5--a first-century equivalent of Joseph Conrad's characterization of African religion as "unspeakable rites."

Or listen to St. Augustine torment himself about how lust always ruins intimacy for him. I love St. Augustine as a father of Western autobiography, but this isn't exactly the definitive guide to healthy and loving sexual relationships!

Prominent among Wild Goose's sponsors was a magazine called Sojourners. As a perusal of their web site will make clear, Sojourners is passionately dedicated to celebrating diversity and fighting every example of cruelty, inhumanity, and injustice in the world--except that directed at queer people, who are conspicuously absent from their mission statement. I can only conclude that, for example, the recent execution of these gay men in Iran wouldn't strike Sojourners as an injustice worth fighting?

All of this said, though, I still felt welcomed and accepted at the conference, not just because of the stated commitment to inclusiveness, but also because I felt the center of gravity of the mostly young, cool, hipsterish social justice-supporting attendees was overwhelmingly pro-queer. When Tony Campolo, for example, said he believed same-sex eroticism was a sin because of the aforementioned Romans 1, the silence from the audience was deafening. Pro-queer statements, on the other hand, like my partner Peterson Toscano's call for 400 supportive clergy to come out next National Coming Out Day, got cheered. So I got the feeling emergent Christianity, represented by the attendees, was palpably shifting beyond the opinions of some of its intellectual founders.

I didn't agree with the opinion I heard that people like Campolo shouldn't have been allowed to proclaim their views, since the festival would not have allowed a speaker to state that black people were inferior. Having lived in so many different parts of the world, to me it seems that almost all progressive activism is context-dependent. For example, in the Madrid intellectual circles where I lived for a year in 2003, opposition to same-sex marriage was unacceptable, but the racist belief that Spanish Roma are essentially cultural nomads--non-Spanish, inclined to thievery, and unable to benefit from government housing and education routinely provided to white Spanish--was taken for granted. Organizing a "Wild Goose" in Spain would, I predict, see less homophobia than we saw in NC, but more racism. If all shades of anti-Roma views among Spanish speakers were completely unacceptable, they'd struggle to organize a Wild Goose-style festival and fill a roster with names well-known enough to fill the venue.

So in my own writing, criticism and activism, I approve of festivals that move the social debate in the right direction--on race, gender, sexuality, peace, whatever--depending on context, and not one that conforms to a rigorous and consistent, but abstract definition of justice. I thought WG did this--imperfectly, but still. I really liked the festival, and am grateful to its organizers for putting it on.